Shell Shock puts you in the role of young recruits sent to the frontlines. Facing the hardships of military life and war they will have to make tough choices to survive.

Shell Shock is a set of rules which will allow you to tell the stories of these soldiers. There are no predetermined setting. You can tell the stories of US soldiers confronted to the horrors of the Korean war or the lives of guerilla fighters on the Polar front of the Mars independance war of 2135. Whatever the setting, the question remains the same : how far will they go to survive ? 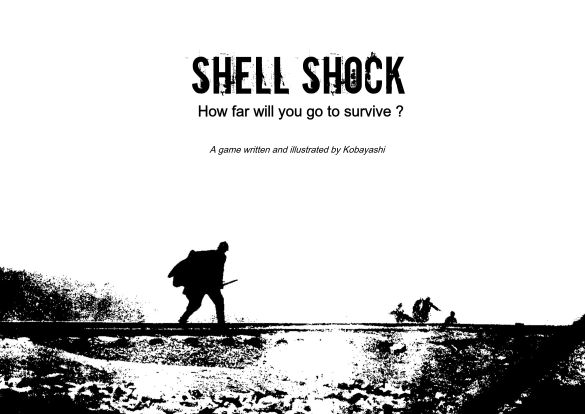